Saying Yes and No

Dungeons and Dragons is a shared experience where both you and your players take part in crafting the story. As a dungeon master, this means running the game and having to wrest some of that power away from your players.

If you want to be a great DM, you’re going to want to say yes to a lot of the things your players want to do. This means avoiding railroading and letting your group get off track to explore where they want to.

Saying yes to your players sounds easy enough, but you can’t just literally say “Yes” and leave it at that… or at least you shouldn’t.

Let’s look at the best ways to say “yes” to your players:

All of these examples are ways you can indicate to your players that they can do something without ever outright saying the word Yes. This approach makes your players seek out interactions and primes them for role playing.

Really what you’re doing is saying maybe more than you’re saying yes. But you’re also indicating that when they ask questions, you’re not really there to give answers. The world they are playing in is where the answers should come from.

In D&D, saying no to your players is one of the harder things to do. The problem with “No” is that it tends to stop players from being inventive and trying new things. Just like yes, you should never explicitly say no to what a player wants to do.

Instead, give them subtle hints that what they want to do might not work. For example: “Can I climb this wall?” can be answered no with “You look for areas to gain purchase, but find the rock too smooth and slick to get a hand hold anywhere.”

The problem with this approach can often be player fixation. If they want to climb that wall, they’re certainly welcome to try. Spells, tools, and good old fashioned creativity can be thrown at inane problems, and you may  need to say no for a number of reasons. But you should always let your players try; sometimes player effort will outweigh your original no.

So what do you do when your subtle “No” is ignored or forced into a maybe? Sharpen your no with consequences. Trying to climb a wall they shouldn’t may alert guards or trigger a long fall.

This is something to be used sparingly though. Players should be made aware that there may be consequences to their actions before they insist on trying something that is designed to fail.

When you’ve already said no through the narrative, players may still want to roll for some actions. This actually works out in your favor; now you can say no with math. If they can’t do something and try anyway, you can narrate their failure.

Even on a very high roll you can tell them how at their very best they still can’t quite manage the action. If that doesn’t deter your players then we suggest you stop being subtle. When all else fails, sometimes you just need to tell them no. 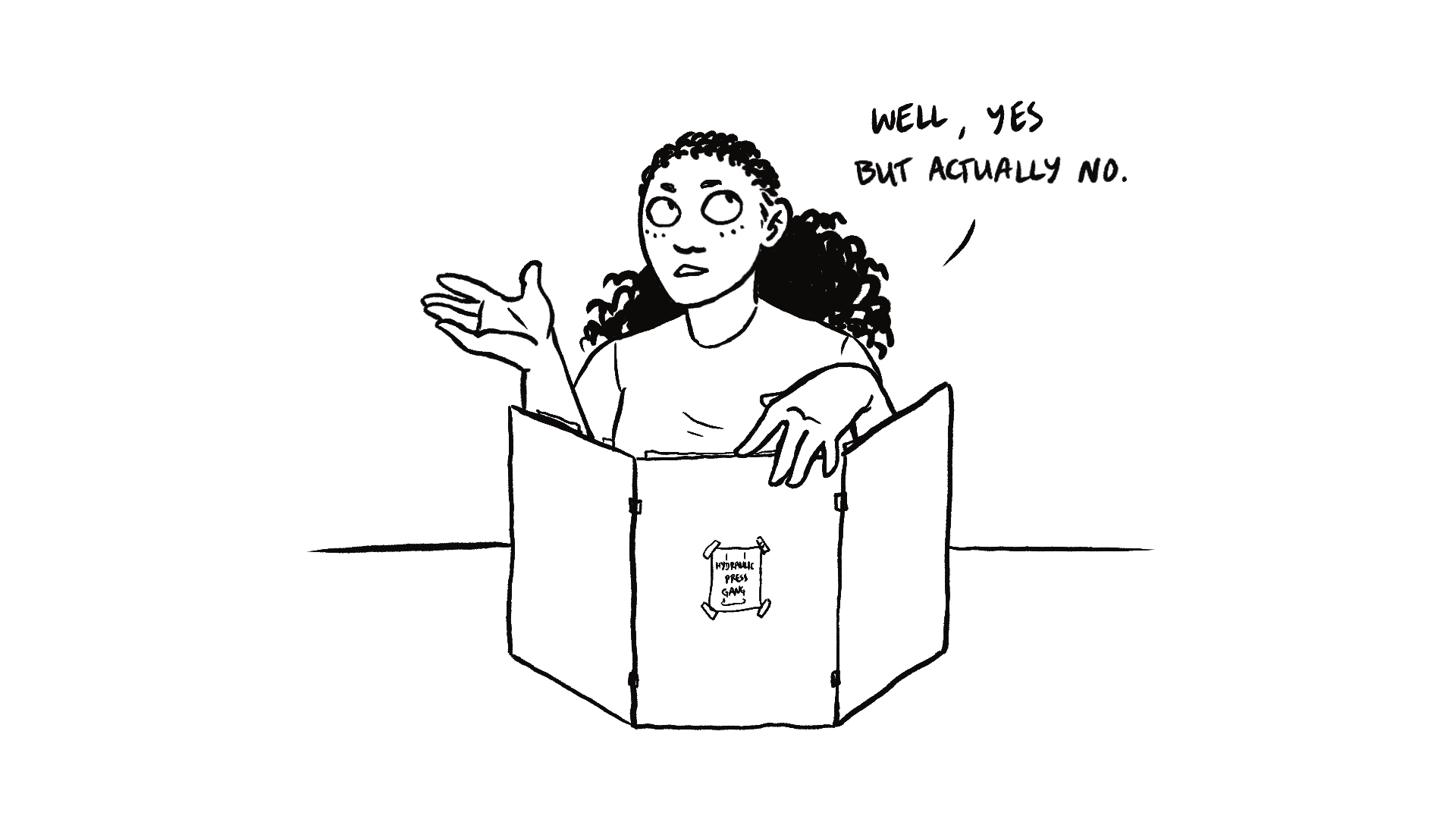 Saying Yes and No

When the subtlety of saying no doesn’t convince your players, you shouldn’t consider it a failure. Like we mentioned earlier, Dungeons and Dragons is a shared experience. Unfortunately, sometimes your players refuse to share with you.

The game relies on ALL table members working together. When either you or your players try to brute force an outcome, you’re hurting the game for everyone else. Yes and No are essentially your most powerful tools you have as a DM. Since you get to decide, use them wisely.