The following article was written by guest post writer Denes Csiszar of Fanatic 5.

The Case of the (Almost) Uninterrupted Game

When I went to university some 24 years ago, it was in city with a vibrant RPG community. We played two or three times a week, either AD&D 2nd edition or Vampire: The Masquerade. Then some of us started to have part-time jobs, others established their first companies and while still visiting classes, we started to have less and less time to play.

Then came the spouses. They were (and are) very supportive, we realized that having three 8-hours long sessions every week simply won’t work. We chose to work once per week. We played on Sunday nights, I can clearly remember, from 7PM till the morning.

Game on a Weekly Basis

This was when downtime became first relevant to us. We played long adventures, from level 1 to becoming the most famous heroes of the multiverse. With such long adventures came parts when time in the game just skipped a few seasons – usually when we had to skip a gaming session for whatever reason.

So the session after that started with the question: “Okay guys, so what did your characters do in the past months?” And then we spent nearly half or our time with catching up. I’m not saying it wasn’t fun! Our DM was very creative and the characters got their rewards – they found followers, crafted a magic sword, got married, went to mini-quests, built a castle and so on. We felt that they are living and breathing creatures, not just meeples in a board game. But still, it took half of our precious time.

Life went on and we graduated, we moved to different cities, got married, had children, one of us even has three adorable grand kids. So tabletop RPG became even more infrequent. We played every other month and now we can only play three, four times a year. We spend three days together though, far from everything, barely sleeping and playing D&D 5e.

We considered and tried multiple solutions, but we faced a couple of problems: first, it was totally impossible to gather more than 2 people at the same time for long enough to do anything meaningful. And second, tooling and rules to properly manage Downtime is less than ideal. I’ve read every rulebook I could find, searching for solutions (even stepped outside the D&D universe for tips and tricks). I’ve tried all the apps.

It comes down to this: you have points to spend on DT, you roll a few dice using some charts and that’s it. OK, I’ve crafted my Dagger +2, spent a few weeks, some gold and there it is. But how long did that take me as a player? 5 minutes. So I could spend all my in-game Downtime in 20 minutes, and then I have to wait 2 month, 30 days, 23 hours and 40 minutes before I could do something else. These are great rules if you want to catch up quickly at game start, but not if you want to spend the time between sessions with your character.

How it Should Work

Downtime, in my opinion, is essentially a semi-cooperative idle game with your own character, in the universe created by your DM. It should have two dimensions of time: the IRL time between the two gaming sessions and the in-game time spent by your character.

So, if there are three months of in-game idle time between two adventures, and you play every other month, every day IRL equals 3 days in game time. Therefore, if, hypothetically speaking, you’re crafting a Dagger +2, which takes, let’s say, 5 workweeks (15 days), that’s 5 working days in real life. So when you finish your gaming session and you decide to forge that dagger, it will be ready after 5 real-life days.

It should span the real and in-game times exactly till the next gaming session (for the players) and adventure start (for the characters).

I have seen and played DnD in two different styles: one that’s like a board game, where you’re concentrating on the rules, the battle maps, the simulation part. Combat rounds and charts in the PHB are very important, there are heated debates about the shape of a Lightning Bolt, half-covers and movement conditions. Since I love battle simulation board games, I own more than 20 of them, I like this style. In this case, Downtime is about training your character till the next gaming session: forging new weapons, increasing stats, finding allies, learning new spells and so on.

The other style is the narrative game. Players are truly impersonating their characters, character backgrounds are not rolled but days, weeks are spent on figuring them out. The DM customizes the adventure to meet the backgrounds so everyone can feel the story is for them, and them alone. Environments are richly described, the DM impersonates every NPC to the last detail – it’s like a real theater.

Combat is something necessary to give a break, but rules are not that important. I love this style as well, especially since I’ve been playing World of Darkness RPGs for 20+ years, where this is the main (if not only) style. In this case, Downtime is about staying in-character. You’re acquiring and estate. You build a stronghold. Research spells. Go on side-quests. Stats are not that important, but staying in the mood is.

Dear fellow DMs, I encourage everyone, especially in times when we’re forced to stay at home, to try a deeper Downtime style! Staying with your character is fun! Checking the progress of your crafting every now and then will be rewarding when the next gaming session comes!

Fanatic 5 is a group 5 ancient role players. We’ve been playing since the early 90s, organized more than a dozen DnD summer camps, published the local version of Dragon Magazine for years and played continuously together ever since.

We realized that Downtime management needs tooling in early 2019 and came up with the idea of a DT Management app around summer time. You can download the first, early access version on the appstores, please visit https://fanatic5s.com for the links!

We have a small, but strong community on Discord (https://discord.gg/skMcbgv), where the community gives us feedback and helps us to create a really awesome Downtime Management tool. 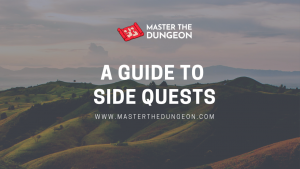