Magic is the root of fantasy game play and storytelling. It allows for a lot of hand waving, unexpected plot developments, and is often exempt from scrutiny. While this is very convenient, it also leaves out a big part of the story. If your answer for any question is simply “it’s magic” your game can feel kind of shallow. Instead we suggest that you understand the details of your world’s magical system.

When a DM explains something by saying “it’s magic” they’re all but confessing that they don’t know, they didn’t think about it, and they don’t really care about the structure behind what happens. This isn’t always the case, but if your players see magical things happening but cannot understand why or how, they have no way to interact with that story element. Worse still is that if magic can fundamentally change things around them, they may feel less in charge of their character and engage less in the story.

While this is clearly a worst case scenario, it’s important to remember that everyday magic in the game should not operate under the guise of Deus ex Machina. Magic in the game and story should have at least some rules that players can understand and engage with. Much like any given character has magic that follows strict spell casting rules, the magic that you use in your world, even for things that are not spells from the rule books, should follow similar restrictions and boundaries.

When you start to put your magic into a more rigid system you give yourself and your players points to interact with. Your story can even use these rules as points of plot where utilization or defiance of these rules leads to disastrous consequences. Before we get more into application, let’s look at different ways you can define magic for your games.

The rigidity of your system comes from how known the rules about any given system are. In actuality, any system for how a given world works is rigid, but until you know those bounds the rules might not seem consistent.

A rigid magical system is one where the underlying rules and principles are well known and follow certain immutable laws. This kind of system would be similar to real world physics. Casting magic, while still fantastical, always follows these underlying rules, no matter how weird they are.

While many may think that a flexible magic system means inconsistent rules, it really means that the rules are mysterious or that they defy scrutiny in some way. This happens in real world science all the time. The observer effect, for example, states that the simple act of observing certain phenomena changes their properties. These kinds of explanations map really well to magical systems where you want more flexibility. Sometimes it gives you a good foundation for bending the rules a little.

When we talk about creating a magical system we don’t mean homebrewing spells or making in-game rules. We instead are talking about the nature of magic in your world. Magic in DnD is not super well defined in the core rule books, but in certain story lines and campaign settings you will see very concrete explanations for how magic works. This is best seen in The Forgotten Realms where they lay out a very solid foundation for how magic works and is classified.

What this tells us is that every world can have a different system for how magic works. In some of the campaigns we run, we have systems in place that have rigid magical systems based around core principles that explain how it works. In other campaigns we use looser, more flexible systems based on myth and legend guiding what is and is not possible via magic.

When you build a magic system in your campaign setting you’re really providing yourself with a set of things you can call back to when you need to make decisions. Start with the very basics. Where does magic come from? Is it just energy with applied control? Does all of it come from a divine source or is it a property of the universe itself? While you don’t really need to understand exactly how it works, knowing these things can be very helpful when magic is used in your story and your game.

Don’t Try to Define Everything

While we do suggest you try to answer basic questions about the fundamentals of magic, you don’t need to come up with a 1000 page thesis on how your magical system works. Your goal should be to paint in broad strokes and put boundaries on what is and is not feasible.

When you answer questions about your magic system you will get useful and practical information. For example, if magic is divine, what happens when someone doesn’t have any faith? A faithless individual might be excluded from casting spells in this case. On the flip side, if magic is purely arcane and a property of the world, maybe anyone can learn it.

Another way you can use your framework is by placing and defying expectations. Let’s say your system doesn’t allow for persistent magical effect. Having your players run into a persistent effect when, by all known information, they should not exist gives them a plot point to seek out the reasoning behind it. There could be a bunch of answers: an external source of magic, divine intervention, or even that the rule was in fact a misunderstanding that can be overcome with certain conditions.

While we won’t get into creating your own spells and rules for the game, we do need to touch on where magic systems and spellcasting rules overlap in DnD. Your system will need to inform your players of a few things for when magic is learned or used:

Learning new spells might be something that is difficult, requiring time and study. You may decide that this means your players don’t get access to new spells when they level mid adventure. You might also use these ideas to affect things like magic item creation, finding spells scrolls, use of magic items, and if certain magic types can mix.

One of the easiest things to do with a magical system is put it into classifications. Typically there are a few defaults that you can use, but they vary based on your settings and how you build your world.

At the very basic level you can decide if magic is divine, a property of the world itself, or both. This establishes if the pantheon of your world is tied to magic. In most of our settings we use both, Wizards and Sorcerers use innate arcane magics, while other caster types draw their powers from deities casting magic on their behalf.

Your system might be setup so that all magic comes from the same source. In the case of purely innate magic in the world, everyone, even the gods if you have them, draws on the same magic. In a purely divine magic setting wizards and sorcerers might be using or exploiting a magical system established by a god or be using magic from a deity that likes to bend rules and systems for its personal benefit.

Additional ways to classify magic can be around if it’s considered natural or unnatural, good or evil, an innate talent or a learned craft. If you have to have magical talent to be able to cast spells then finding people with these talents might be a big part of your world.

None of these are game breaking choices and they establish the backdrop on which your players will perform their feats of heroism and adventure. Setting these categorical choices up will give them some room to explore the system and interact with magic in the world.

What to Consider for Your System

There is a lot to unpack here already and it is extremely nebulous. There is no right or wrong way to handle your magic system so long as you’re consistent with it. To make things easier for you to navigate we suggest you think about these larger questions on the nature of magic and fill in what’s important for you game as you go.

These questions establish a lot of the basics and will help you use magical effects more consistently in your world. You will benefit from being able to rely on these answers as a cornerstone in your storytelling while your players can use them as starting points for their own character exploration.

Going from Rigid to Crunchy

These rules have all been about storytelling and consistency in your narrative, but you can ramp this up. The next step you could take would be to implement established rules about spellcasting itself. Talking about how spells actually work gets really complex really fast, but if you do want to do it you can come up with some amazing results.

These make your game much more hard-lined when it comes to casting but also allow for some very fun interactions. For example you might define some concepts about how spells are written. In doing so you might be able to make game props, spell scrolls, or magic items that your players can actually reason out how they work. This makes finding a magical scroll a puzzle that your players can play with and adds a new layer of depth to the game.

Additionally, giving very strict rules for how magic works can allow your players more room to create spells or magical effects that are not in the game already. If you have a system for how components are used, how spells target, and what effects occur, you have then given your players the building blocks they need to create and cast spells of their own.

While these types of systems can be fun for some, other people really don’t want to worry about the details. Make sure you understand the dynamics of your group before getting too granular with your magical systems and try to make sure everyone can still have fun playing the game without knowing all the intricate details about magic.

Know the System for Your Sake

While you might not care too much about how magic works in your campaign it’s still a good idea to understand the basics in case someone asks some questions. If a player comes across a magically locked door, they might be interested in the mechanism behind it. The more you have your system defined, the better your players can use that information to overcome the obstacle in front of them. A poorly defined system that doesn’t give your players enough to work with can make magical obstacles feel like they cannot be overcome under any means.

On a final note, while we’ve laid out some seriously big topics for you to think about, we want to stress that you don’t need to know everything right away. The best thing you can do is answer a few big questions and then take notes as different scenarios come up in your game. By keeping track of your explanations of magic you can easily build up a consistent system as you go. This will help keep your players happy without holding up your game. 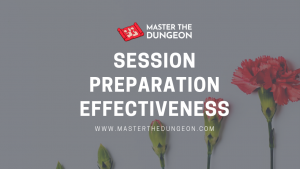 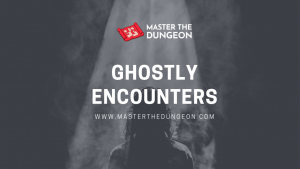