When we think of dungeons in DnD, we typically think of an old crypt or long defunct fortress. Many of the dungeons you encounter in Dungeons and Dragons tend to have an ancient vibe to them. Younger dungeons are often left out of the narrative. What happens when a dungeon is built? Are dungeons occupied before they were left abandoned? Why are they built in the first place? Let’s explore some younger dungeons!

An ancient dungeon in DnD can be given an aged feel in a few ways. First it gets a description that tells you about its weathered appearance and crumbling architecture. But the real old feeling comes from the location’s abandonment. When a place is abandoned it feels like a window into an older time. There are all these mysteries for players to unravel. Why was it abandoned? What was the locations purpose? But what if you want to make a dungeon that feels young or new or even currently in use? You simply reverse these descriptions.

When a dungeon is occupied and newly built it feels very different from an ancient structure. Instead of empty corridors filled with traps, there are likely guards posted who know how the traps work and have to move past them daily. Rather than an archaic, twisting structure, players will get to see a dungeon’s purpose. Perhaps it is an actual dungeon and is holding prisoners. Maybe it’s holding a kingdom’s treasure. All of these possibilities feed into the feeling of a dungeon that is new and designed for a purpose. 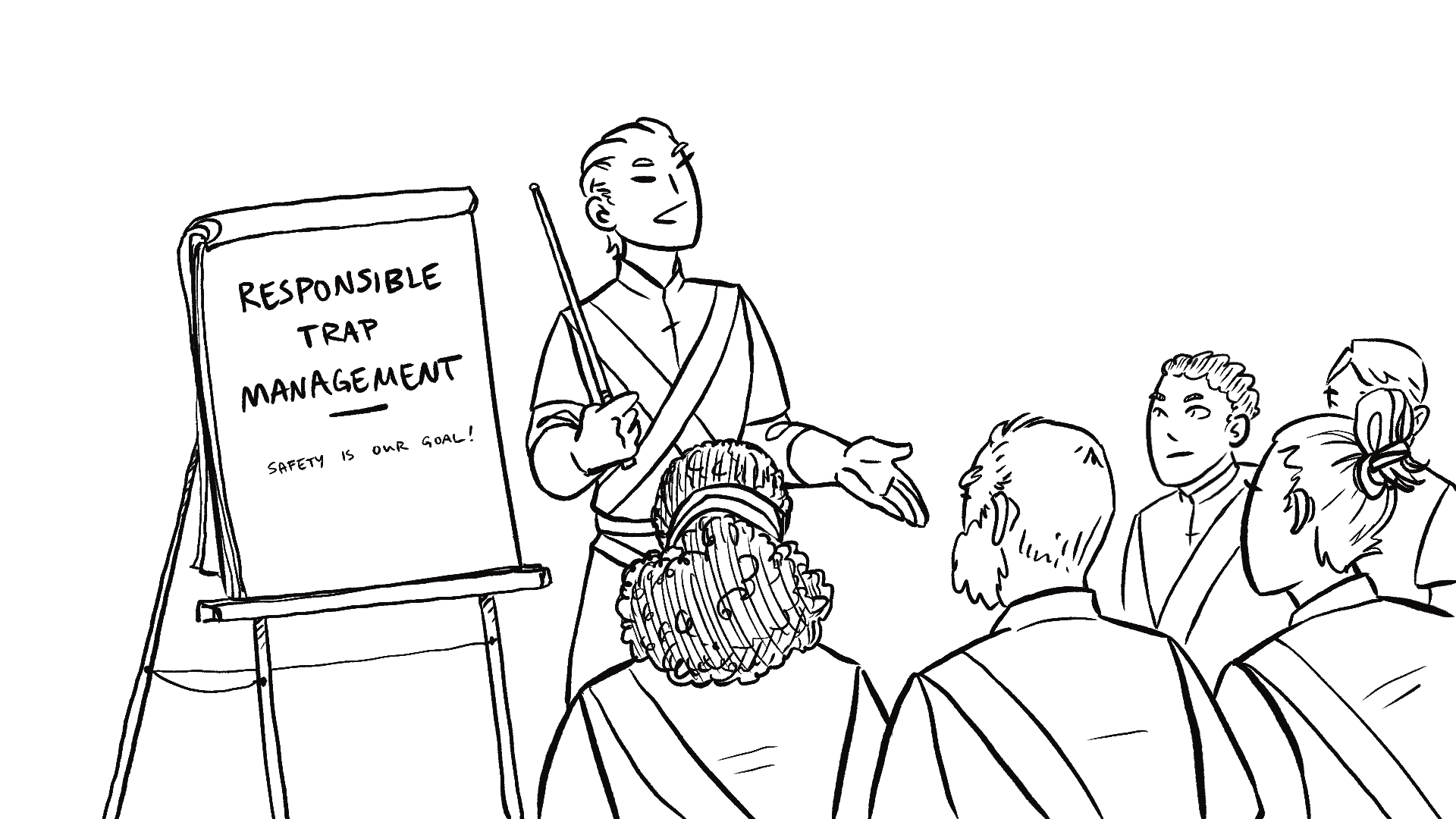 The way a functional dungeon works should be different from an ancient dungeon. When you design and old dungeon it’s easy to hide a lot of silly things behind the veil of time. Why was there a spike trap in this hallway? We may never know the thought  process of those long dead.

In a dungeon that is newly built and in use, you don’t really get that luxury. A player could interrogate a guard or talk to someone who actually had a hand in creating a place; some explanations fall apart quickly if any piece of the dungeon is nonsensical in its construction. You could easily say the architect was crazy or the gods ordained the construction, but those are flimsy excuses for something that could be better constructed. 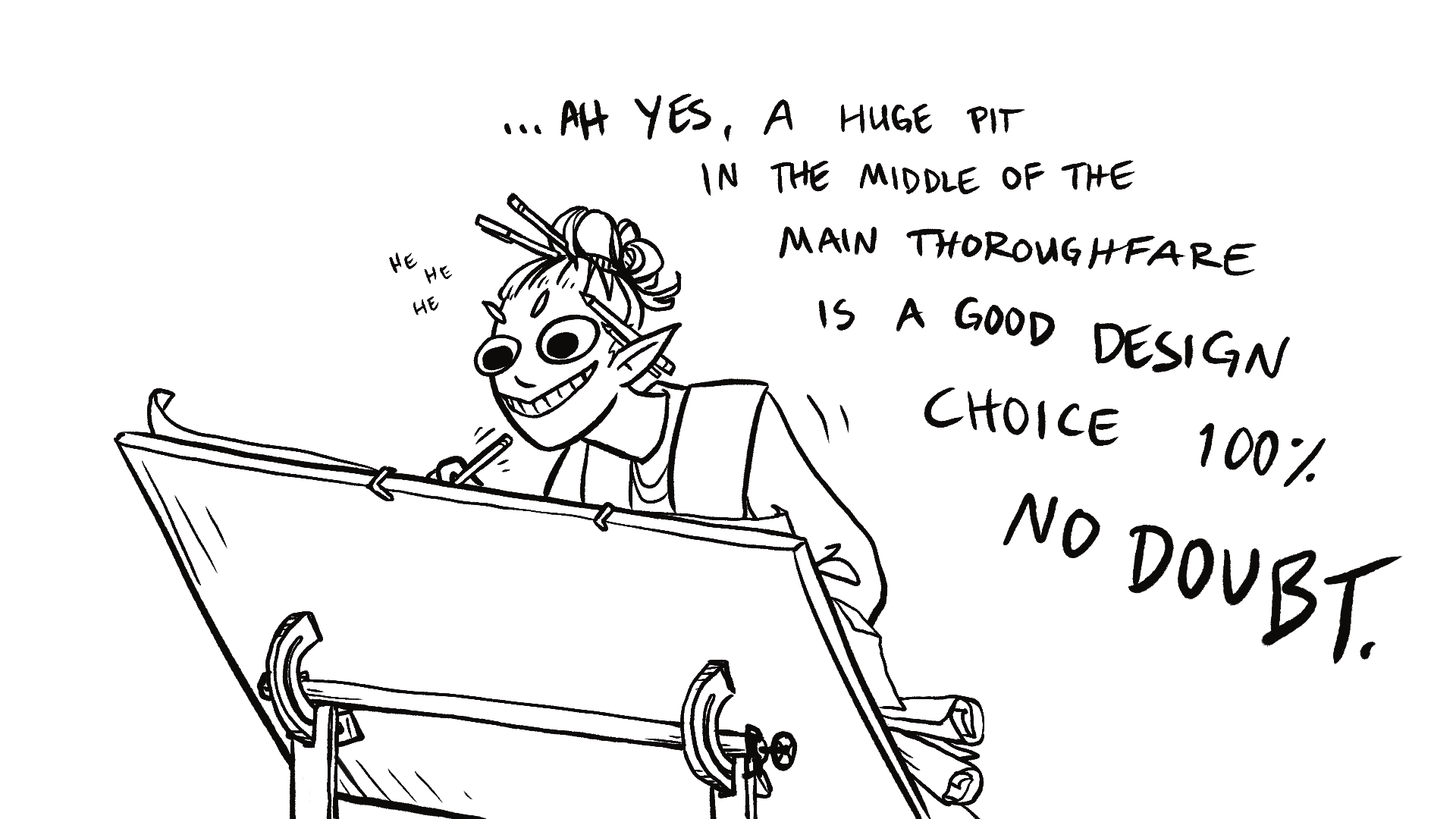 Because a dungeon that is in use needs to be more functional, design should reflect that function. When creating a new dungeon for your players, start your plans based on what the dungeon is for and why your players are there. If it houses prisoners, the main feature of the dungeon would be prison cells. If the dungeon has traps, they would likely be surrounding the cells more densely rather than near the entrance.

Since people work there, traps would need to have a way to be circumvented and likely the whole place will have an established lock and key system to help keep everything locked down. You should also account for the people who are stationed there. Do they have a barracks, mess hall, or common room? These things can make a place feel more realistic. How many of you readers have put bathrooms in your dungeon designs?

Where an old dungeon may be quiet and give the players time to solve puzzles and disarm traps, younger dungeons should not. With guards stationed around every corner, the party will need more stealth and planning to move forward. The main dangers are likely uniformed guards patrolling throughout since no monsters have moved into the place. While it’s possible the dungeon employs other types of henchmen, everything will tend to be more uniform in its presentation. Monsters would have keepers, guards would have a chain of command, patrols would have shifts. 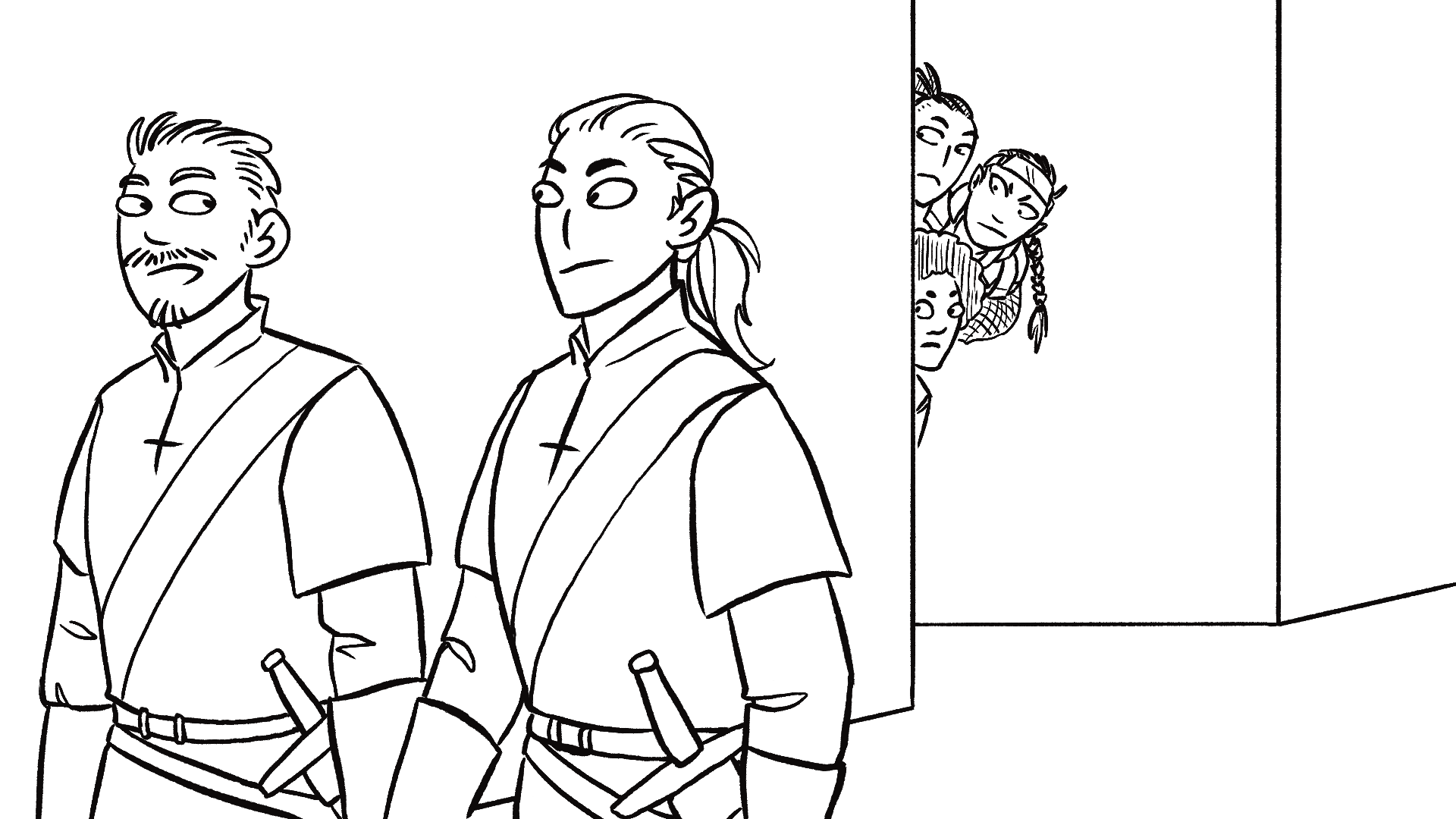 While your encounters are much more likely to be uniform, saving you time, they are also more strictly implemented. This means that there are more things to think about and keep track of. Other DnD enthusiasts may refer to these as complex encounters. If you fight a group of guards, another group might join the fight. Depending on where you fight, a patrol might move past. Even removing a group of guards could alert another when they see no one present where they should be.

The state of the dungeon is much more controlled which can lead to there being a lot to keep track of. If you decide to design a dungeon like this you will need notes, and lots of them. It may even be helpful to keep a check list of upkeep steps you need to perform after your players move to each room.

Younger dungeons will likely have different kinds of treasure than old, ancient crypts. What’s important to the current users are likely more practical. Gold piles and gems are likely in a vault somewhere. The best loot in the dungeon may be on its inhabitants in the form of weapons or documents. Older dungeons tend to have treasure everywhere, as the old artifacts and finery present easy targets for taking. Old dungeons often have loot that was moved around as other adventures died trying to escape with it or brought their own valuables in.

When setting up treasure for a newer dungeon, it’s important to consider where it makes sense. Perhaps there are a lot of valuables in the place, but due to the area’s activity it’s unfeasible to remove them. Maybe rooms that have loot are more commonplace, like an armory or wine cellar. Placing treasure carefully will help immerse your players in the experience.

We hope this article has inspired you to venture out and create younger dungeons for your players to explore. A functional, in-use dungeon may not be the norm in DnD, but it offers so many opportunities for your story. The experience of raiding an active dungeon is sure to be something that engages your players in new and exciting ways and help pull you away from the ancient crypts and vaults you’re used to.